In recent years, the Mamirauá Institute has expanded its reach; while it initially focused on the Amanã and Mamirauá Sustainable Development reserves in Amazonas state, today it engages in activities throughout all of Amazonia and trains others in its methods for replication elsewhere.  The activities developed in the Mamirauá and Amanã reserves function as experiments in conservation and sustainable social development. Until today, the practice of coupling tested and proven traditional knowledge with that produced through scientific research, developed by the Mamirauá Institute and its partners, remains one of the pillars of the Instituteâ€™s work. Here, scientists develop models for biodiversity use based on solid scientific research, which can be replicated in other regions of Amazonia, Brazil and beyond, including areas located outside protected areas or special territories.

Since 2009, replication experiments, where Mamirauá management techniques are applied elsewhere, opened a wide range of challenges; however, the need to replicate these â€œgoodâ€ experiences in other parts of Amazonia is necessary. We must disseminate knowledge obtained from research programs, sustainable and participatory management of natural resources, thereby extending benefits to other traditional populations in need who have been historically marginalized by the hegemonic development model development practiced in Amazonia over the last eight decades.

The Mamirauá reserve is located about 600 km west of Manaus in the middle Solimões region, Amazonas state, Brazil. Communities in the reserve pertain to the following municipalities:  Uarini, Fonte Boa, Maraã, JutaÃ­, Alvarães and Tefé, the main urban center of the region.

Before being re-classified as a Sustainable Development Reserve, Mamirauá was defined as an Ecological Station, as requested by the researcher José Márcio Ayres in 1985. The request was made to protect the bald uacari, the species Ayres studied during his doctorate research.

The name Mamirauá comes from the lake located in the heart of the reserve and means manateeâ€™s cub (the most accepted meaning). Mamirauá is a unique place: a complex ecosystem of lakes, lagoons, islands, levees, channels and many other formations, which comes underway when river waters rise from 7 to 15 meters for up to six months in the year.

The Amanã Sustainable Development Reserve is located in the middle Solimões region, near the confluence of the Japurá River, approximately 650 km west of the city of Manaus. Amanã protects one of the greatest parcels of tropical rainforest in South America; its communities pertain to the municipalities of Maraã, Barcelos and Coari, and its name means the rain pathway. It extends 2,350,000 ha, hosts 124 communities with 5,026 inhabitants (Demographic Census 2018) and together with its neighbors the Jaú National park (2,272,000 ha) and the Mamirauá Reserve (1, 124, 000 ha), forms a contiguous block of protected area, measuring 5,746.000 ha, an area larger than Costa Rica and Switzerland. Amanã is home to floodplain and upland forests and harbors high levels of biodiversity.

The seasonal variation in river water levels caused by the annual flood pattern is one of the most important factors in the distribution, behavior and diversity of life forms present in the reserve. During the flood season, an area of flooded forest (igapó) is formed. However, the amount of flooded forest is smaller when compared to várzea areas and consists of a small strip along the perimeter of Lake Amanã.

Receive the news in your e-mail: 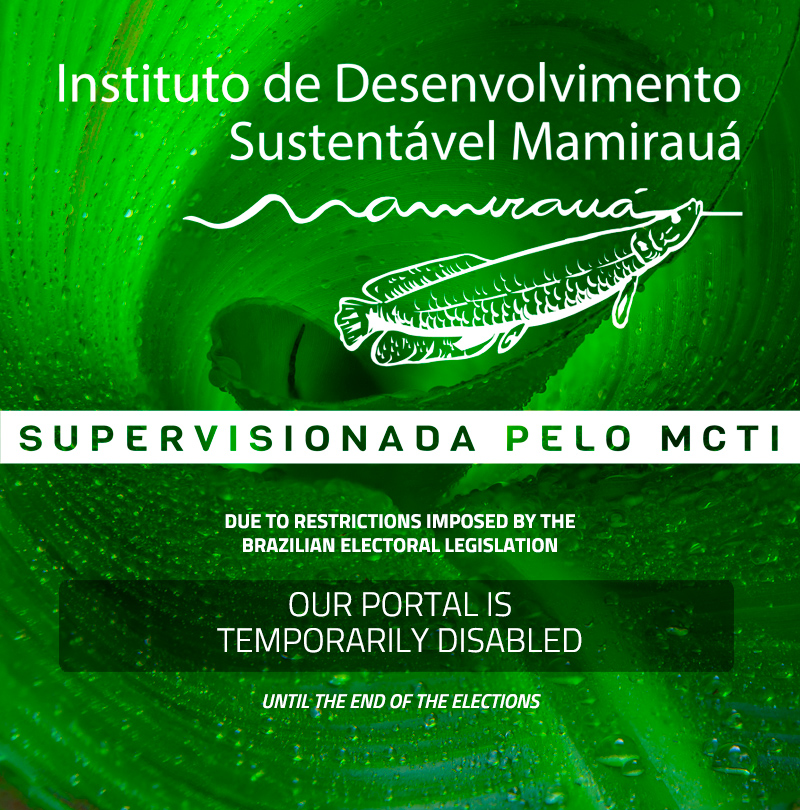